Amazon is a great way to make money from home.

However it’s an every changing market place and I though you should know about some changes that have taken place.

Typically, ads were purchased by sellers who did not have an Amazon store. All things considered, this was due to marketplace restrictions, budget concerns, and whatever else was out there. Major advantages to having the APAs were that consumers would be redirected to the sellers’ sites instead of completing purchases on Amazon.
Another clear advantage was lower cost: As opposed to the Amazon marketplace sellers, who had to pay a percent of their sales to Amazon, APA sellers only paid for the click costs. APA products could appear side-to-side with Amazon products, thus actively competing with Amazon for sales. APAs could even appear all alone on a page if Amazon sold nothing comparable. Result: The APA seller who researched products Amazon didn’t sell, and then marketed them on Amazon, could gain a big advantage, and all for the price of a click.

Ending Oct 31st, Amazon doesn’t explain exactly why it’s ending its APA and text ads programs, the reasons listed above suggest that the engine was seeing too much competition from sellers who were merely paying for clicks and directing traffic away from Amazon.

When Amazon was smaller back in the day and in need of revenue from any source, the APA program was a good idea. But now that Amazon is prodigious in the online shopping world, it is saying goodbye to its lower revenue generators that no longer of use. (Sounds like the job market these days)

So now what do we do? Well, here are some other avenues:

Google Product Listing Ads:
A while back, Google caught wind of Amazon’s highly profitable format. Result was Google’s Product Listing Ads (PLAs), which had a similar feel to the APAs and ASAs. These ads are now a great way for sellers to direct consumers to their own websites while still just paying for a click.

Bing Product Ads:
Bing gets approximately 15% of all searches compared to Google’s 66%. While Bing is certainly not the search engine that Google is, it does contain some unexpected market advantages, like exclusivity deals with Apple and Amazon Kindle devices. With that, it is more likely to be used on iOS-powered mobile devices.
Bing Product Ads make it easy for sellers already using Google as their platform- there is a path in place that enables product data to be imported from AdWords.

Amazon Sponsored Ads:
Amazon Sponsored Ads (ASAs) still operate on a pay-per-click revenue model where sellers bid on keywords and pay only when their ads are clicked. The difference between ASAs and APAs is that the ASAs keep the consumer on the Amazon site. Otherwise, the ads look almost identical. 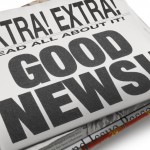 The Bottom line:
While the reality is that APAs and text ads are gone, the good news is that there are plenty of other platforms to fill the void. A savvy advertiser will not worry about losing significant market share, even if a giant like Amazon is getting tighter with its advertising allowances. For Affiliate Marketers, the Amazon A-Store and other programs like Banners and Product links is still a gold mine. 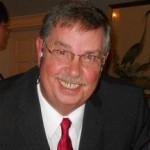 To learn how to really make a web site make money, I decided to follow the successful people in the “Work from Home” business and “went back to school” to copy their success and make money at the same time! Wealthy Affiliate was my choice. It’s the only program I recommend. My Dream is now a Money Making Machine. Click Here to Take the Test Drive now for free!

Press CTRL-D or COMMAND-D to bookmark this page!